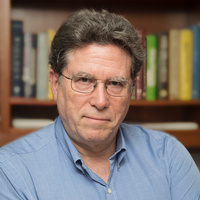 David J. Anderson of Caltech is the winner of the 2018 Edward M. Scolnick Prize in Neuroscience. He was awarded the prize for his contributions to the isolation and characterization of neural stem cells and for his research on neural circuits that control emotional behaviors in animal models. The Scolnick Prize is awarded annually by the McGovern Institute to recognize outstanding advances in any field of neuroscience.

“We congratulate David Anderson on being selected for this award,” says Robert Desimone, director of the McGovern Institute and chair of the selection committee. “His work has provided fundamental insights into neural development and the structure and function of neural circuits.”

Anderson is the Seymour Benzer Professor of Biology at Caltech, where he has been on the faculty since 1986, and is currently the director of the Tianqiao and Chrissy Chen Institute for Neuroscience. He is also an investigator of the Howard Hughes Medical Institute. He received his PhD in cell biology from Rockefeller University, where he trained with the late Günter Blobel, and he received his postdoctoral training in molecular biology with Richard Axel at Columbia University.

For the first 20 years of his career, Anderson focused his research on the biology of neural stem cells and was the first to isolate a multipotent stem cell from the mammalian nervous system. He subsequently identified growth factors and master transcriptional regulators that control their differentiation into neurons and glial cells. Anderson also made the unexpected and fundamental discovery that arteries and veins are genetically distinct even before the heart begins to beat. Combining this discovery with his interest in neural development, Anderson went on to contribute to the expanding field of vessel identity and the study of molecular cross-talk between developing nerves and blood vessels.

More recently, Anderson has shifted his focus from neural development to the study of neural circuits that control emotional behaviors, such as fear, anxiety, and aggression, in animal models. Anderson has employed various technologies for neural circuit manipulation including optogenetics, pharmacogenetics, electrophysiology, in vivo imaging, and quantitative behavior analysis using machine vision-based approaches. He developed and applied powerful genetic methods to identify and manipulate cells and circuits involved in emotional behaviors in mice — including ways to inactivate neurons reversibly and to trace their synaptic targets. In addition to this work on vertebrate neural circuitry, Anderson mounted a parallel inquiry that dissects the genes and circuits underlying aggressive behavior in the fruitfly Drosophila melanogaster, and has become an international leader in this rapidly developing field.

Among his many honors and awards, Anderson is a Perl-UNC Neuroscience Prize recipient, a fellow of the American Academy of Arts and Sciences and a member of the National Academy of Sciences. Anderson also played a key role in the foundation of the Allen Institute for Brain Sciences and the Allen Brain Atlas, a comprehensive open-source atlas of gene expression in the mouse brain.