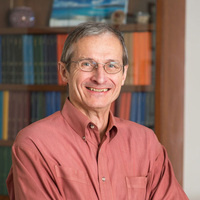 Richard Schrock, a chemist renowned for his pioneering work in organometallic chemistry, has been named the recipient of the 2017-2018 James R. Killian Jr. Faculty Achievement Award.

Schrock's accomplishments include the development of a reaction known as olefin metathesis, now used for the efficient and more environmentally friendly production of important pharmaceuticals, fuels, and other products. For that work, he was awarded the 2005 Nobel Prize in Chemistry.

Professor Schrock's pioneering research efforts in inorganic and organometallic chemistry have defined the direction of the field,according to the award committee's citation, which was read at the May 17 faculty meeting by Joseph Paradiso, chair of the Killian Award selection committee and the Alexander W. Dreyfoos Professor in Media Arts and Sciences.