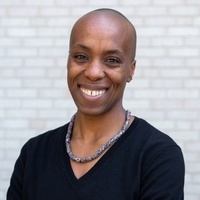 The fifth webinar in an eleven-part series focused on various aspects of sustainable development in Africa.

M Amah Edoh, an anthropologist interested in the production of knowledge about Africa; namely, how “Africa” as a category of thought is produced through material practices across African and non-African sites. The questions her work engages are informed in important ways by her lived experiences in the US, Europe, and West and Southern Africa as a dual Togolese and American citizen. Her current book project, Our Grandmothers’ Cloth: Materiality, Class, and Global Membership in the Age of “The New Africa,” traces the trajectory of Dutch Wax cloth (aka African print cloth) between Holland and Togo. Using as its anchor Dutch Wax cloth’s renderings as female wealth, textile design, branded object, commodity, and dress across Holland and Togo, the multi-sited ethnography examines how Africa and Africans’ place in the world is negotiated and articulated at the start of the 21st century, at a time when discourses about Africa’s place in the world are shifting from Africa as site of perpetual crisis to Africa as the future (the so-called “New Africa”).

She completed her PhD in MIT's Program in History, Anthropology, and Science, Technology, and Society in 2016, where her dissertation research was supported by grants from the National Science Foundation and the Ford Foundation. She was a Postdoctoral Associate in Francophone African Studies in MIT's Global Studies and Languages program (2016-2017) before serving as Assistant Professor of African Studies in the same department from 2017 to 2019. Prior to joining the academy, She was in the field of public health for six years. She obtained a MSc in Population and International Health from the Harvard School of Public Health, conducted research on community-based responses to the HIV/AIDS pandemic as a Fulbright Scholar to Zambia, and helped to develop health literacy interventions for vulnerable South African youth and Veterans Affairs hospitals in the US.