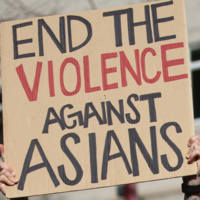 VIRTUAL EVENT: Starr Forum: On Causes of and Responses to Anti-Asian Violence

Please register for this Zoom event at http://bit.ly/AntiAsianViolence

On the Context for and Reactions to the Atlanta Murders
Katharine Moon, Wellesley College

Bios:
Melissa Nobles is the Dean of the School of Humanities, Arts, and Social Sciences, and Professor of Political Science at MIT. Her work has focused on the comparative study of racial and ethnic politics, and issues of retrospective justice.  She is constructing a database of racial killings in the American South, 1930–1954.  Working with the Northeastern Law School Civil Rights and Restorative Justice clinic, she has conducted archival research, unearthing understudied and often unknown deaths and contributing to legal investigations. She is the author of Shades of Citizenship: Race and the Census in Modern Politics (2000) and The Politics of Official Apologies (2008) and co-editor with Jun-Hyeok Kwak of Inherited Responsibility and Historical Reconciliation in East Asia 2013).

Paul Watanabe is Professor of Political Science and Director of the Institute for Asian American Studies at the University of Massachusetts Boston. He served on President Obama’s Advisory Commission on Asian Americans and Pacific Islanders and as the first Chair of the US Census Bureau’s National Advisory Committee on Racial, Ethnic, and Other Populations. He is President of the Board of Directors of the Nisei Student Relocation Commemorative Fund. His publications have appeared in the principal journals of his field as well as in scholarly volumes. He is the author of Ethnic Groups, Congress, and American Foreign Policy.

Katharine (Kathy) Moon is Professor of Political Science and Wasserman Chair of Asian Studies at Wellesley College. She was a senior fellow and the Korea Chair at The Brookings Institution. Her research covers US-East Asia relations, the politics of North and South Korea, women and gender in international relations, social movements, and international migration. Her first book, Sex Among Allies: Military Prostitution in U.S.-Korea Relations, examined the impact of foreign policy and military bases on women's lives. She is the author of Protesting America: Democracy and the U.S.-Korea Alliance and is currently writing a new book, North Korean Lives Matter. She is on the Advisory Committee of the National Committee on North Korea and has contributed many opeds and interviews to U.S. and international news media.

Tram Nguyen is State Representative for the 18th Essex District and the sponsor of a bill to strengthen Anti-Hate Crime laws in Massachusetts.  Nguyen worked at Greater Boston Legal Services as a legal aid attorney and advocated for domestic violence survivors, workers, seniors, veterans, and children. Nguyen was first elected into office in November 2018.  She is currently vice chair of the Labor & Workforce Development Committee. Since being elected, she has been awarded the Women's Empowerment award (2019), Asian American Women Political Initiative Legislator of the Year award (2019), YDMA Young Democratic Elected of the Year award (2020), and Council of State Government 20 under 40 award (2020).

Kenneth Oye is a Professor of Political Science and Data Systems and Society at MIT and founding Director of the MIT Program on Emerging Technologies.  His teaching and research is on international relations, political economy and technology policy, with emphasis on risk management in health policy, biotechnology and information technology.  He serves as co-President of NEJACL, an Asian American civil rights organization.

Christine Pilcavage is the Managing Director of MIT-Japan Program with the MIT International Science & Technology Initiative at Massachusetts Institute of Technology (MISTI), and is responsible for developing projects and building partnerships in Japan with MIT students, faculty, corporate partners, academic institutions, foundations and government organizations. Christine’s portfolio also includes student internships and study abroad exchanges with Japan. She is a board member of NEJACL, co-chair of the New England chapter of US-Japan Council, and USLJP Fellow of the US-Japan Foundation. Chris was born and raised in Japan, and often spends time at her grandmother’s in Osaka.

An MIT CIS Starr Forum in partnership with:

Free & open to the public
Also watch it on YouTube.
For more information or accessibility accommodations please contact starrforum@mit.edu.

A full listing of Starr Forums is available here.