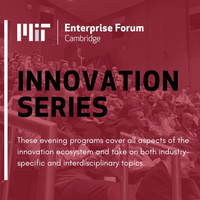 Preparing for & Competing with the ‘Tech Titans of China’

Last August, the Economist argued that there is a new geography of innovation in a cover story titled, “Peak Valley.” Looming large in this new geography is China. They’ve transformed their economy from that of a low-cost manufacturer to a cutting-edge innovator. With their “9-9-6” de facto weekly work schedule, China’s tech companies are relentless in their pursuit of success, and it shows.

China has now achieved near parity with the US in venture capital investments, something inconceivable even 5 years ago. It’s been reported that the race to lead the future of technology comes down to just $6 billion dollars with China’s venture investments rising to $105 billion in 2018, nearly matching the U.S. at $111 billion.

Google China’s former President, Dr. Kai-Fu Lee now heads China’s largest VC Fund and is aggressively leading their efforts to be the world leader in AI. Further signaling their global ambitions, Chinese technology companies such as Tencent, Baidu, Alibaba, and other titans have very active Corporate VC offices in both the US and Israel. They are no longer content to compete in their domestic market.

Spearheaded by Huawei, China’s increasingly dominant presence in the tech sector, especially in the highly strategic 5G wireless market, has spurred endless headlines as the most visible flashpoint in the escalating U.S.-China trade war. Rising tariffs – and tensions- have spooked the capital markets from Wall Street to the City of London to Hong Kong. Investors are prepared for a long period of tension.

It’s clear that the rise of China's tech companies and intense competition from the sector is just beginning and it’s presenting challenges for US companies now and will present increasing challenges well into the future.

In this fireside chat, Rebecca Fannin, an expert on China, journalist, speaker and author of the new book  “Tech Titans of China: How China's Tech Sector is challenging the world by innovating faster, working harder, and going global,“ will sit down with serial entrepreneur, professor, innovation consultant, angel investor, board member and startup mentor Mike Grandinetti for a fireside chat to discuss:

Join us on September 16th and come ready with your questions for Rebecca, who has the inside scoop on the ammunition venture capitalists, startup founders, and others impacted by -- or interested in -- cashing in on the Chinese tech industry need to prepare and compete.