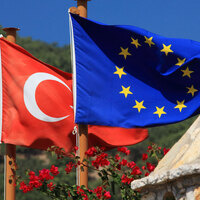 About the speaker:
Mario Zucconi
Princeton Faculty, Visiting Lecturer in Public and International Affairs, Woodrow Wilson School
Mario Zucconi studied at the universities of Perugia and Palermo, Italy. In 1968-1970 was a postdoctoral fellow at Princeton University with a Harkness Fellowship. He then taught or was a guest/research fellow, among other places, at Naples University, Urbino University, Johns Hopkins’ SAIS (Bologna Center), NATO Defense College, Columbia University, University of Maryland (College Park), Woodrow Wilson International Center for Scholars. He taught (as visiting professor and later lecturer) at Princeton’s Woodrow Wilson School of Public and International Affairs first in 1987 and then regularly from 2003-04 to 2017-18. He led research projects for the Italian Ministries of Defense and Foreign Affairs and was, on several occasions, expert witness at hearings of the European Parliament and at UN’s consultations. His research has focused on transatlantic relations, East-West relations, the Balkans, Turkey and the Middle East and, most recently, on democratic transition. Sign up for Migration emails to get notified about upcoming events.
A full listing of Migration seminars is available here
Can't attend in person? Watch it on Facebook live or on-demand on YouTube.