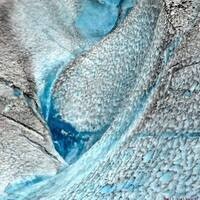 MIT Media Lab Phd Neil Gaikwad and Isabel Moya Camacho have been invited to participate in a solo exhibition in Fall 2018 at the Wiesner Gallery. Arts at MIT manager Sam Hunter Magee and kinetic sculptor Justin Playl agreed to curate a compelling exhibition that reflected the contradiction in contemporary design paradigms, taking us “from nature-inspired designs to design-inspired natures” -Neri Oxman-.

Since the Industrial Revolution, the world of design has been dominated by the rigors of manufacturing and mass production. Assembly lines have dictated a world made of parts, framing the imagination of designers who have been trained to think about their objects as assemblies of discrete parts with distinct functions.

But you don't find homogenous material assemblies in nature, where there are no parts, no assemblies. It's a system that gradually varies its functionality by varying one of its properties. Between machine and organism, between assembly and growth, between Henry Ford and Charles Darwin. These two worldviews, analysis and synthesis. Our work is about uniting these two worldviews, moving away from assembly and closer into growth.

Neil Gaikwad, a MIT Arts Scholar, captures the simple complexities of our planet, including glacier landscapes, cultures and burning societal challenges across the world. Neil is a current Phd candidate at the MIT Media Lab focused on Artificial Intelligence and Human Computer Interaction.

Isabel Moya Camacho, a MIT Media Lab student, explores the boundaries between matter and space, fundamentally expanding and enhancing the ways in which humans interact with the built environment. As an architect and artist, she has been awarded by the Spanish Royal Academy of the Arts.