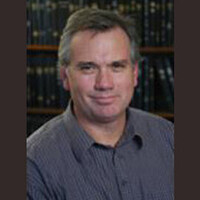 Brains, Minds + Machines Seminar Series: What are the computational functions of feedback to early visual cortex?

Abstract: The existence of feedforward and feedback neural connections between areas in the primate visual cortical hierarchy is well known.  While there is a general consensus for how feedforward connections support the sequential stages of visual processing for tasks such as object recognition, the computational functions of feedback for recognition and other tasks are less well understood. I will discuss several proposals for the functions of feedback including resolving local ambiguity using high-level predictive knowledge, binding information across levels of abstraction in the visual hierarchy, and engaging lower-level "expertise" as the task requires it. Several human behavioral and neuroimaging results will be described that support these proposals: the first showing how the larger spatial context modulates local activity in the visual system, the second how cortical activity in human V1/V2 depends on whether shape information is extracted in the presence or absence of clutter, and the third how tasks requiring the analysis of spatial detail influence responses in foveal cortex.