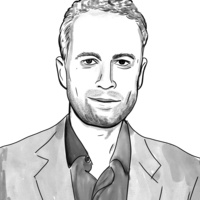 Daniel Bacchieri is an award-winning Brazilian journalist, documentary film maker and collaborative web developer/curator, whose visually inspiring StreetMusicMapplatform has been widely praised for its curation of street performers from across the globe. Combining a documentarian vision with a trans-cultural appreciation of the public art of vernacular musicians, the StreetMusicMap collaborators are exploring the creative possibilities of collective story-telling through performance. The StreetMusicMap Instagram channel has more than 41,000 followers and 1,300 artists documented on videos in 97 countries, all filmed by more than 700 collaborators.

Co-hosted with the MIT Program in Art, Culture, and Technology.