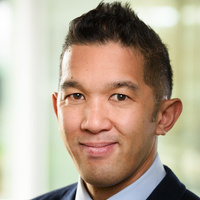 Neil G. Ruiz is associate director of global migration and demography at Pew Research Center. He studies the international movement of people across borders, the impact of migration on sending and receiving countries, high-skilled immigration to the U.S., and comparative immigrant visa systems. Prior to joining the Center, Ruiz was the executive director of the Center for Law, Economics & Finance at George Washington University, and he has also worked as a migration expert at the Brookings Institution, the World Bank and the Asian Development Bank. He received his doctorate in political science with a specialization in political economy from the Massachusetts Institute of Technology and a master’s degree in economic history from Oxford University. Ruiz regularly speaks about U.S. immigration and international migration research with major print and broadcast media.