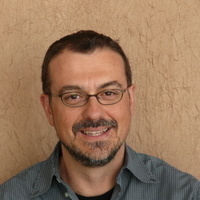 Abstract:
Energy transformations due to the introduction of shale gas, cheaper wind and solar-based electricity, feedstock diversification, and sustainability require new materials, reactors, and processes. New pathways to renewable chemicals are also discovered but typically by trial and error. Over the past two decades, multiscale modeling has advanced tremendously. Yet, our ability to apply first principles modeling to process design, catalyst discovery and design, and reaction pathway and product design is seriously limited due to multiple challenges. In this talk, we will outline modeling challenges and discuss computational methods to overcome some of them. We will emphasize data science methods for discovering and improving catalysts and modeling complex chemical reaction networks.

Bio:
Dionisios (Dion) G. Vlachos is the Allan and Myra Ferguson Professor of Chemical & Biomolecular Engineering, a Professor of Physics at the University of Delaware, and the Director of the University of Delaware Energy Institute (DEI) and of the Catalysis Center for Energy Innovation (CCEI), an Energy Frontier Research Center (EFRC). He is also a lead in the Process Intensification Fundamentals of the RAPID Manufacturing Institute. Professor Vlachos is the recipient of the R. H. Wilhelm Award in Chemical Reaction Engineering from AIChE, the Philadelphia Catalysis Club Award, the Irving Wender Award for Excellence in Catalysis from the Pittsburgh-Cleveland Catalysis Society, and is an ExxonMobil Visiting Chair Professorship at the National University of Singapore and an AAAS Fellow. He also received a NSF Career Award and an Office of Naval Research Young Investigator Award. His current research interests include multiscale modeling, data science, and uncertainty quantification, along with their application to catalysis, in silico prediction of materials, circular economy, renewable fuels and chemicals, plastics recycling, modular and distributed manufacturing, and process intensification and electrification.