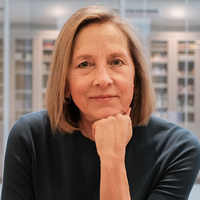 The Division of Student Life Speaker Series is proud to present Donna Hicks, Ph.D., who will lecture on her latest book:

"Leading with Dignity: How to Create a Culture that Brings Out the Best in People"

In her new book, Hicks explores the under recognized role of dignity in workplace culture. She argues that the extent to which leaders pay attention to, recognize, and understand the dignity concerns underlying people’s grievances makes an enormous difference as to whether leaders can resolve conflicts, have better relationships, and remedy toxic workplace cultures.

In this landmark book, Hicks extends the reach of her award winning book

Dignity: Its Essential Role in Resolving Conflict, and offers leaders a specific, practical guide to achieving a culture of dignity.

Currently an associate at Harvard’s Weatherhead Center for International Affairs, Hicks has worked extensively on international conflict resolution in the Middle East, Sri Lanka, Columbia, Cuba, and Northern Ireland (with Archbishop Desmond Tutu). In her current work, she and has found that although dignity is our highest common denominator and plays a critical role in the well-being and health of a workplace culture, most of us – including leaders – know very little about it. Often confused with the concept of “respect,” dignity goes much deeper, and reflects our inherent value and worth. Everyone wants to be treated in a way that shows they matter. Without a working knowledge of dignity, leaders unknowingly fail to honor it in others and unintentionally cause emotional pain, conflict, and distrust – which can ultimately create a toxic work environment.