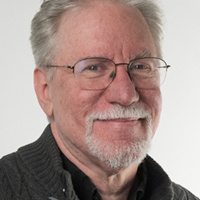 Edward Schiappa, “The Transgender Exigency: The Role of Media Representation”

This presentation defines the phrase “transgender exigency” as a situation marked by an urgent need; in this case, the need to address the political and definitional challenges evinced by the need for transgender rights. The presentation provides evidence for substantial prejudice against transgender people, as well as the dramatic increase in transgender visibility and rights in the 2010s. The collision of prejudice and visibility has led to a series of controversies that involve “regulatory definitions” imposed by institutions or legislatures, some of which are the subject of Schiappa’s forthcoming book, The Transgender Exigency: Defining Sex & Gender in the 21st Century.

Edward Schiappa is the John E. Burchard Professor of Humanities at the Massachusetts Institute of Technology. His work in rhetorical theory and media studies has been published in journals in Classics, Psychology, Philosophy, English, Law, and Communication Studies. He is author of a number of books, including Defining Reality: Definitions and the Politics of Meaningand Beyond Representational Correctness: Rethinking Criticism of Popular Media.