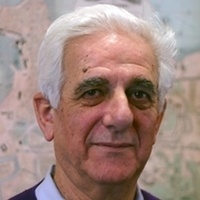 As Israel celebrates, and the rest of the world condemns, Donald Trump’s declaration of U.S. recognition of Jerusalem as the capital of Israel, it is pertinent to recall on this issue Arthur Koestler’s famous quip, made a century ago in reference to the Balfour Declaration, that “one nation solemnly promised to a second nation the country of a third.”

The new U.S. position has clearly placed the United States outside of the international consensus with regard to any future peace process over the status of the city, or indeed within the Arab-Israeli conflict. This has opened the door to other global and regional actors, particularly Europe, Russia, and Turkey, as future mediators.

Underlying the objections of the majority of countries, including the United States until Trump’s election, to Israel’s control of Jerusalem has been UN General Assembly resolution 181, which affirmed the partition plan for Palestine and the creation of an international zone in Jerusalem known as the corpus separatum. That notion established in the city a special international regime in which both Palestinians and Israelis would have a dual national identity in the city. Given the slow death of the peace process and the de facto withdrawal of the United States from a mediating role, is it time – seventy years later – to revive this plan for Jerusalem?

Salim Tamari is IPS senior fellow and the former director of the IPS-affiliated Institute of Jerusalem Studies. He is editor of Jerusalem Quarterly and Hawliyyat al Quds. He is professor of sociology at Birzeit University and an adjunct professor at the Center for Contemporary Arab Studies at Georgetown University.  He has authored several works on urban culture, political sociology, biography and social history, and the social history of the Eastern Mediterranean. Recent publications include: Year of the Locust: Palestine and Syria during WWI (UC Press, 2010) Ihsan's War: The Intimate Life of an Ottoman Soldier (IPS, Beirut, 2008); The Mountain Against the Sea (University of California Press, 2008); Biography and Social History of Bilad al Sham (edited with I. Nassar,2007, Beirut IPS); Pilgrims, Lepers, and Stuffed Cabbage: Essays on Jerusalem's Cultural History (edited, with I. Nassar, IJS, 2005) and Essays on the Cultural History of Ottoman and Mandate Jerusalem (editor, IJS, 2005).