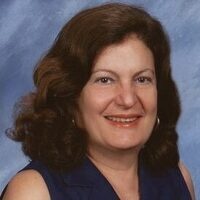 A session of the Myron Weiner Seminar Series on International Migration.

Latinos are now the largest minority group in the US -- roughly 18 % of the population.  Contrary to popular images, they are also a very heterogeneous population, composed of many different groups, such as people who have been part of the US since the mid-19th century as well as very recent immigrants; labor migrants as well as refugees; longstanding citizens and the undocumented; Mexicans, Puerto Ricans, Cubans, Central and South Americans. In this talk, Professor Silvia Pedraza examines the development of a pan-Latino identity as Latinos or Hispanics from both a theoretical and empirical perspective.

Four theories regarding how an ethnic identity develops are presented:  the cultural, material, structural, and historical. The concepts that developed over the history of sociology are also surveyed: assimilation; internal colonialism; incorporation; and transnationalism.

Professor Pedraza argues that Latinos or Hispanics in the U.S. today are a community of culture but not yet a fully developed community of interest; thus, only partially an institutional community. Her analysis highlights Latinos’ contrasting processes of incorporation, focusing on: their time of arrival in the U.S.; regional concentration; type of migration and legal status; social class and occupations; generational consciousness; and political life.