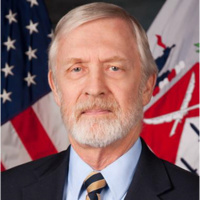 Focus on Russia: Russia's Place in the New World Order

Ambassador Hill will analyze Western efforts to integrate Russia into the post-Cold War European Security Architecture and why they failed.

Each semester the MIT Security Studies Program, together with the MISTI MIT-Russia Program, and the MIT Center for International Studies, presents a speaker series entitled “Focus on Russia,” which considers a number of current issues in Russian domestic and foreign policies. The public is welcome to attend.

Dr. William Hill joined the faculty of the National War College in 2007 and retired from there in 2017. He currently works with the Woodrow Wilson Center in Washington and provides consultation and education for the U.S. Department of State and various agencies of the U.S. Intelligence Community. A retired Foreign Service Officer, Dr. Hill is an expert on Russia and the former Soviet Union, east-west relations, and European multilateral diplomacy. He served two terms – January 2003-July 2006 and June 1999-November 2001 – as Ambassador and Head of the OSCE Mission to Moldova, where he was charged with negotiation of a political settlement to the Transdniestrian conflict and facilitation of the withdrawal of Russian forces, arms, and ammunition from Moldova. He has been a Public Policy Scholar at the Woodrow Wilson International Center for Scholars in Washington DC in 2001-2002 and 2014-2015, and an Associate of Georgetown University’s Institute for the Study of Diplomacy in 2006-2007. He is the author of Russia, the Near Abroad and the West: Lessons from the Moldova-Transdniestria Conflict, and No Place for Russia: European Security Institutions Since 1989.

Copies of Dr Hill's latest book No Place for Russia: European Security Institutions Since 1989 will available for purchase for purchase at the event.