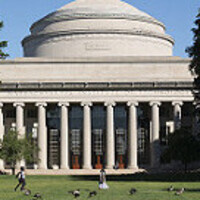 Abstract: Floer's idea of obtaining homological invariants in symplectic and low-dimensional topology via a construction of a Morse-Smale-Witten chain complex, computing the "middle-dimensional homology" of some specific infinite-dimensional spaces, led to the construction of groundbreaking invariants known collectively under the name of "Floer homology". Soon after the emergence of these ideas Atiyah suggested thinking about Floer theories as describing the homology of "semi-infinite dimensional cycles". Following the (unpublished) work of Mrowka and Ozsváth, Lipyanskiy defined Floer homology and Floer bordism groups using semi-infinite dimensional cycles for a class of so-called Floer spaces. The construction is appealing since it does not require considering the compactification of moduli spaces of trajectories, which is a subtle analytical procedure, or perturbing the Floer functional, which is usually a serious obstacle for defining equivariant Floer homologies. I will describe the construction of this semi-infinite Floer homology and argue why it recovers the tilde flavor (i.e. the non-equivariant version) of Monopole Homology (assuming no reducible solutions).