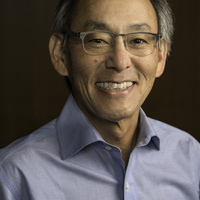 2018 Hottel Lecture: Climate change and how we can shift to a sustainable future

Steven Chu is the William R. Kenan, Jr., Professor of Physics and Professor of Molecular & Cellular Physiology in the Medical School at Stanford University. He has published over 280 papers in atomic physics, polymer physics, biophysics, biology, biomedical imaging, nanoparticle materials synthesis, batteries, and other energy technologies.  He holds 10 patents, and has 11 more patent filings since 2015.

Dr. Chu was the 12th U.S. Secretary of Energy from January 2009 until the end of April 2013. As the first scientist to hold a Cabinet position and the longest serving Energy Secretary, he recruited outstanding scientists and engineers into the Department of Energy. He began several initiatives including ARPA-E (Advanced Research Projects Agency – Energy), the Energy Innovation Hubs, the annual Clean Energy Ministerial meetings in 2009, was personally tasked by President Obama to assist BP in stopping the Deepwater Horizon oil leak.