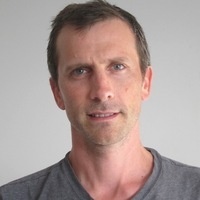 Data and algorithms are ubiquitous in all scientific, industrial and personal domains. Data now come in multiple forms (text, image, video, web, sensors, etc.), are massive, and require more and more complex processing beyond their mere indexation or the computation of simple statistics, such as recognizing objects in images or translating texts. For all of these tasks, commonly referred to as artificial intelligence (AI), significant recent progress has allowed algorithms to reach performances that were deemed unreachable a few years ago and that make these algorithms useful to everyone. Many scientific fields contribute to AI, but most of the visible progress come from machine learning and tightly connected fields such as computer vision and natural language processing. Indeed, many of the recent advances are due to the availability of massive data to learn from, large computing infrastructures and new machine learning models (in particular deep neural networks). Beyond the well publicized visibility of some advances, machine learning has always been a field characterized by the constant exchanges between theory and practice, with a stream of algorithms that exhibit both good empirical performance on real-world problems and some form of theoretical guarantees. Is this still possible?

Francis Bach is a researcher at Inria, leading since 2011 the machine learning team which is part of the Computer Science Department at Ecole Normale Supérieure. He graduated from Ecole Polytechnique in 1997 and completed his Ph.D. in Computer Science at U.C. Berkeley in 2005, working with Professor Michael Jordan. He spent two years in the Mathematical Morphology group at Ecole des Mines de Paris, then he joined the computer vision project-team at Inria/Ecole Normale Supérieure from 2007 to 2010. Francis Bach is primarily interested in machine learning, and especially in graphical models, sparse methods, kernel-based learning, large-scale convex optimization, computer vision and signal processing. He obtained in 2009 a Starting Grant and in 2016 a Consolidator Grant from the European Research Council, and received the Inria young researcher prize in 2012, the ICML test-of-time award in 2014, as well as the Lagrange prize in continuous optimization in 2018. In 2015, he was program co-chair of the International Conference in Machine learning (ICML), and general chair in 2018; he is now co-editor-in-chief of the Journal of Machine Learning Research.