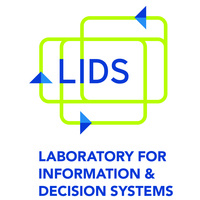 Multiplier methods based on augmented Lagrangians are attractive in convex and nonconvex programming for their stabilizing and even convexifying properties. They have widely been seen, however, as incompatible with taking advantage of a block-separable structure.

In fact, when articulated in the right way, they can produce decomposition algorithms in which low-dimensional subproblems can be solved in parallel. Convergence in the nonconvex case is, of course, just local, but is available under a broad analog of the strong second-order sufficient condition for local optimality that dominates much of computational methodology outside of convex optimization. This carries over also to extended nonlinear programming with its greater flexibility to handle composite terms.

His interests span from convex and variational analysis to problems of optimization and equilibrium, especially nowadays applications in finance, engineering, and economics involving risk and reliability, along with schemes of problem decomposition on convex and nonconvex programming.

In addition to being a winner of the Dantzig Prize given jointly by SIAM and the Mathematical Programming Society (1983), Prof. Rockafellar has gained international recognition for his work through honorary doctorates bestowed by universities in a number of countries. INFORMS awarded him and Roger Wets the 1997 Lancaster Prize for their book Variational Analysis, and in 1999 he was further honored by INFORMS with John von Neumann Theory Prize for his fundamental contributions to the methodology of optimization. He has authored over 240 publications, including one of the all-time most highly cited books in mathematics, Convex Analysis.

The LIDS Seminar Series features distinguished speakers who provide an overview of a research area, as well as exciting recent progress in that area. Intended for a broad audience, seminar topics span the areas of communications, computation, control, learning, networks, probability and statistics, optimization, and signal processing.