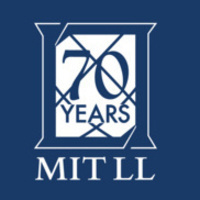 STEM education is an important part of our national well-being and it is critical for ensuring that our future workforce has the technological skills to tackle the world’s greatest challenges in areas such as healthcare, climate change, and national security. Educating our future engineers and scientists is core to Lincoln Laboratory’s mission of “Technology for National Security,” and a deeper collaboration with MIT furthers that goal while also accelerating novel research and technology development.

This seminar provides an overview of the MIT Lincoln Laboratory Beaver Works Center, a joint venture between the Laboratory and the MIT School of Engineering, that is envisioned as an incubator for research and innovation. Beaver Works facilitates project-based learning — a hallmark of an MIT education — and leverages the expertise and enthusiasm of Laboratory staff together with MIT faculty, students, and researchers to broaden partnerships across both institutions and tackle real-world challenging problems.

Two core activities that illustrate the collaboration between Lincoln Laboratory and MIT campus, as well as STEM outreach, will be presented. One activity is the Beaver Works design and build capstone courses. These courses illustrate the impact of the partnership with Lincoln Laboratory to develop system concepts that tackle significant real-world problems while building on MIT’s “Mens et Manus” tradition of project-based learning. The other activity is the Beaver Works Summer Institute, which illustrates the impact of the same project-based learning opportunities in STEM outreach to high school and middle school students worldwide.

R. John Hansman is the T. Wilson Professor of Aeronautics & Astronautics at MIT, where he is the Director of the MIT International Center for Air Transportation. He conducts research in advanced technologies for operational aerospace systems. Professor Hansman led the founding of the Beaver Works capstone project class and has led several student-driven innovative unmanned aerial vehicle aircraft designs including LOCUST/Perdix, Jungle Hawk Owl, Firefly, and eSTOL. Dr. Hansman holds eight patents and has authored over 300 technical publications. He has over 6000 hours of pilot-in-command time in airplanes, helicopters, and sailplanes, including meteorological, production, and engineering flight test experience. Professor Hansman chairs the U.S. Federal Aviation Administration (FAA) Research Engineering and Development Advisory Committee. He is co-director of the national Center of Excellence in Aviation Sustainability Center. He is a member of the U.S. National Academy of Engineering, a Fellow of the AIAA, and has received numerous awards including the AIAA Dryden Lectureship in Aeronautics Research, the FAA Wright Brothers Master Pilot Award, the ATCA Kriske Air Traffic Award, a Laurel from Aviation Week and Space Technology, and the FAA Excellence in Aviation Award.

Scott Van Broekhoven is the Group Leader of the Advanced Capabilities and Systems Group at MIT Lincoln Laboratory. In this role he oversees a multidisciplinary team that is developing novel system and technology concepts that address the nation’s critical security challenges.  Projects range from the analysis and prototyping of tactical military signals intelligence and radar systems, to the investigation of novel sensing, navigation, and autonomous systems. Prior to his current role, Scott led R&D programs in both small satellites and aircraft deployable micro-air vehicles. He was the founding Group Leader of the Energy Systems Group, which develops approaches to improving the resiliency of the domestic and tactical power grids. He is a recipient of Lincoln Laboratory’s Early Career Technical Achievement Award.

Van Broekhoven earned a BS degree in mechanical engineering from Northwestern University and a SM degree in engineering systems from MIT.