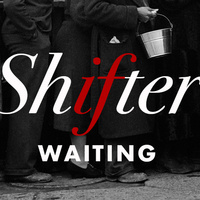 Waiting is usually what we do between things. It is the space between two destinations, an empty and anxious time to fill with distractions. But when we look more closely, we see that waiting is also an activity in itself, bristling with energy, uncertainty, and inequality. What does the condition of waiting reveal about us, our world, and the natural environment that sustains it?

This series of eight sessions offer glimpses into the thought and practices of artists, architects, historians, and theorists who grapple with this question.

In this hour-long session, Jonathan Van Dyke discusses a durational performance in which he stands sentinel outside his parents’ home where he spent innumerable hours waiting beside his ailing father. Taraneh Fazeli will speak about her ongoing research into time as it is encountered and reconsidered by those with chronic illness.  A brief moderated discussion and audience Q&A will follow.

This online series will use Zoom with live closed-captioning.

This event is free and open to the general public. RSVP required to receive Zoom link.

These events, and the resulting publication, Shifter 25: Waiting, are co-hosted by MIT List Visual Arts Center and Contemporary Arts Center, Cincinnati in conjunction with solo exhibitions by Sreshta Rit Premnath to be held in March 2021 (MIT List Center) and October 2021 (CAC).

Taraneh Fazeli is a curator and educator from New York. Her curatorial practice, emerging from institutional critique and radical pedagogy, engages art as a site to constitute publics and cultural rituals, interrogate the techniques of representation, and dream alternative systems together. This can be witnessed in her past work in the New Museum of Contemporary Art’s education department (2102-15), as a Contributing Editor to Triple Canopy (2011-12) or as the Managing Director of e-flux (2008-11), where she oversaw publications such as art-agenda and organized exhibitions with artists including Raqs Media Collective, Martha Rosler, Allan Sekula, and Mladen Stilinović. She teaches at the City College of New York and has been a visiting critic and guest lecturer at numerous schools and arts residencies.

Jonathan VanDyke is a visual artist based in New York City. Recent solo exhibitions have appeared at 1/9unosunove in Rome, Loock Galerie Berlin, Tops Gallery in Memphis, Four Boxes Gallery in Denmark, and Scaramouche in New York. Recent solo performances and commissions have appeared at The Columbus Museum in Georgia, Storm King Art Center, Este Arte in Uruguay, The Power Plant in Toronto, Vox Populi in Philadelphia, The National Academy Museum in New York, and The Albright-Knox Art Gallery. His work has been featured in many group exhibitions, including Queer Abstraction, a major survey at The Des Moines Art Center in 2019. VanDyke leads interdisciplinary creative practice workshops worldwide.