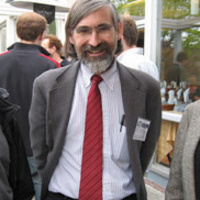 For the case of real reductive groups, I will discuss a certain (finite) family of representations, called unipotent, whose existence was conjectured by Arthur in the 1980s. Some unipotent representations can in fact be obtained by parabolic induction; I will talk about when this ought to happen, and about the (rather rare) cases in which Arthur's unipotent representations are not induced. (A lot of what I will say is meaningful and interesting over local or finite fields, but I know almost nothing about those cases.)