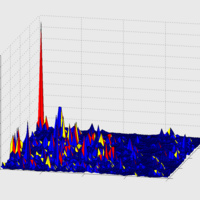 Abstract :  Liouville conformal field theory (denoted LCFT) is a 2-dimensional conformal field theory depending on a real-valued parameter γ and studied since the eighties in theoretical physics. In the case of the theory on the Riemann sphere, physicists proposed closed formulae for the n-point correlation functions using symmetries and representation theory, called the DOZZ formula (when n=3) and the conformal bootstrap (for n>3). A probabilistic construction of LCFT was recently proposed by David-Kupiainen-Rhodes-Vargas for γ in the half-open interval (0,2] and the last three authors later proved the DOZZ formula. In this talk I will present a proof of equivalence between the probabilistic and the bootstrap construction (proposed in physics) for the n point correlation functions with n greater or equal to 4, valid for γ in the open interval (0, √2). Our proof combines the analysis of a natural semi-group, tools from scattering theory and the use of Virasoro algebra in the context of the probabilistic approach (the so-called conformal Ward identities).