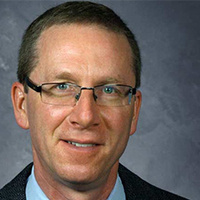 More Virtuous Smoothing for Global Optimization: Haunted by the Ghost of Rolle

Abstract: In the context of global optimization of mixed-integer nonlinear optimization (MINLO) formulations, we consider smoothing univariate concave increasing functions that have poorly behaved derivative at 0 (for example, root functions). The issue is how to be numerically kind to NLP solvers while not upsetting MINLO models and solvers. Extending earlier work of D'Ambrosio, Fampa, Lee and Vigerske, and then Lee and Skipper, we give general checkable conditions under which our smoothing is concave and increasing, is an underestimator, and dominates a simple "shift smoothing". Along the way, I will mention historical points, dating back to the late 17th century relating, to the then controversial subject of calculus. This is joint work with Luze Xu and Daphne Skipper.

Bio: Jon Lee is the G. Lawton and Louise G. Johnson Professor of Engineering at the University of Michigan. He received his Ph.D. from Cornell University. Jon is the author of the text "A First Course in Combinatorial Optimization" (Cambridge University Press), and the open-source book "A First Course in Linear Optimization" (Reex Press). He was the founding Managing Editor of the journal Discrete Optimization, and he is currently Editor-in-Chief of the journal Mathematical Programming. Jon was Chair of the Executive Committee of the Mathematical Optimization Society, and Chair of the INFORMS Optimization Society. He was awarded the INFORMS Computing Society Prize, and he is a Fellow of INFORMS.