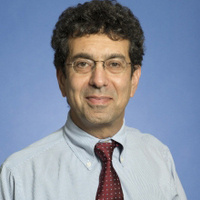 Charles L. Glaser is Professor of Political Science and International Affairs at George Washington University. He was the Founding Director of the Elliott School's Institute for Security and Conflict Studies from 2009-2019. His research focuses on international relations theory, including the security dilemma, defensive realism, and arms races; and on international security policy, including U.S. policy toward China, U.S. nuclear weapons policy, and energy security. Glaser holds a Ph.D. from the Kennedy School of Government at Harvard University, a B.S. in Physics from MIT, and an M.A. in Physics and M.P.P. from Harvard. Before joining George Washington University, Glaser was the Emmett Dedmon Professor of Public Policy at the University of Chicago. His books include Rational Theory of International Politics (2010) and Analyzing Strategic Nuclear Policy (1990). In 2018 he was award the International Studies Association, Security Studies Section, Distinguished Scholar Award for lifetime achievement in research and mentoring.