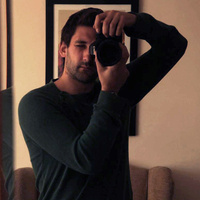 Who says VR is a good platform for nonfiction?

The last five years have seen a turn towards immersion within documentary. However, while there has been enthusiasm for VR nonfiction among early-adopters, art curators and academics, there has not been much audience research with wider publics, and the case for VR’s ‘social necessity’ has yet to be thoroughly examined. In Dr. David Green’s  interdisciplinary ‘Virtual Realities: Immersive Documentary Encounters’ research project, his team is undertaking a variety of projects exploring VR as a platform for nonfiction. In this talk, Green will focus on an in-depth, ‘in-the-wild’, empirical study, through which twelve diverse households in Bristol (UK) were facilitated to experience virtual reality nonfiction over a period of several months. I will outline the context of this research, describe its design and implementation, and finally share some insights from the study and wider research project.

Dr. David Green (UWE Bristol Department of Film and Journalism) is a documentary-maker and interdisciplinary researcher with an academic background spanning film studies, computer science and human-computer interaction. As a Research Fellow on the Virtual Realities: Immersive Documentary Encounters project, he is part of an interdisciplinary team exploring VR nonfiction. Besides immersive and interactive media, David’s research interests include the role of digital technologies in interactive documentary-making, participation, and co-creation. His award-winning work in this area includes Plenopticon, a technology demonstrator exploring dynamically-adaptive depth of field (winner Grand Challenge Award at EuroiTV 2013), and Cinehack, a groundbreaking DIY cinematography project (winner Honourable Mention, ACM CHI2017). As part of the Virtual Realities project, he co-developed An Interactive History of Immersive Nonfiction 2012-2018 (Honourable Mention, CHI2019) and has been leading an innovative program of audience research and workshops exploring the ethics of VR nonfiction.