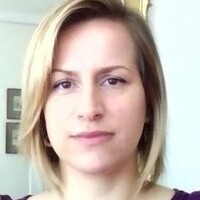 Title :  On the relativistic Landau equation

In kinetic theory, a large system of particles is described by the particle density function. The Landau equation, derived by Landau in 1936, is one such example. It models a dilute hot plasma with fast moving particles that interact via Coulomb interactions. This model does not include the effects of Einstein’s theory of special relativity. However, when particle velocities are close to the speed of light, which happens frequently in a hot plasma, then relativistic effects become important. These effects are captured by the relativistic Landau equation, which was derived by Budker and Beliaev in 1956.
We study the Cauchy problem for the spatially homogeneous relativistic Landau equation with Coulomb interactions. The difficulty of the problem lies in the extreme complexity of the kernel in the relativistic collision operator. We present a new decomposition of such kernel. This is then used to prove the global Entropy dissipation estimate, the propagation of any polynomial moment for a weak solution, and the existence of a true weak solution for a large class of initial data. This is joint work with Robert M. Strain.