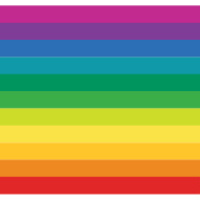 Cancelled through May: Polaroid Spotlight Talks

Second Saturday of each month through June 2020

Explore The Polaroid Project with guest scientists, artists, and designers who will share their unique perspectives on particular aspects of the exhibition. Limited tickets will be available at 1:30 pm on the day of event on a first-come, first-served basis. Tours begin at 2:00 p.m.

Meet Tom Norton, one of the artists featured in The Polaroid Project.

Tom Norton is an artist, designer, inventor, and entrepreneur whose creative work includes innovative photography, video, jewelry, artists' books, illustration, and graphic design. His works have been featured in Boston-area galleries and in museums in this country and around the world. He first learned about Polaroid and instant photography around 1953. In the 1970s he was involved in the artistic evolution of instant imaging as copy machine technology evolved from electro-photographic to computer-graphic. In the late 1970s he explored complex transformative applications of Polaroid technology for graphic imaging in the years before Photoshop. He was a key member of Muriel Cooper's Visible Language Workshop before it moved to the Media Lab in 1985. In 2018, he donated more than 50 of his 20x24 prints and many other graphic works to the MIT Museum—one of which is featured in The Polaroid Project exhibition.

Meet chemists Gerry Gomes with Paul Nangeroni and Ted MClelland, who worked on the development of new Polaroid films.

Chemist Gerry Gomes was a senior scientist at Polaroid from 1986 to 2008. Holder of three patients for Polaroid Film Technology, Gomes was involved in applied chemistry work, rather than basic research. He and his colleagues will introduce visitors to some of the basics of Polaroid film technology as well as examples of some of the challenges they faced trying to tackle some of the most difficult problems in modern chemists.

March 14 (Note: This event has been cancelled)

Discover Polaroid holography during Girls Day. Learn the secrets of holography and see unusual artworks, as well as some of Polaroid’s commercial holograms. Betsy Connors is an artist associated with research and experimentation in holography, photography, video, and computer controlled lighting effects. An MIT alumna and former lecturer in the Media Labs’ Spatial Imaging Group, Connors also founded ACME Holography, one of the only private holography labs in the Boston area. She has created site-specific installations for public and private institutions, has won major awards, commissions and fellowships, and exhibited her work internationally. Connors worked closely with the late Stephen Benton, inventor of the rainbow hologram and pioneer in spacial imaging, both at Polaroid and later the MIT Media Laboratory.

April 11 (Note: This event has been cancelled)

Meet Lou Jones, one of the artists featured in The Polaroid Project.

Lou Jones' eclectic career as a photographer has evolved from commercial to the personal. It has spanned every format, film type, artistic movement and technological change. He maintains a studio in Boston, Massachusetts and has photographed for Fortune 500 corporations, international companies and local small businesses including Federal Express, Nike and the Barr Foundation; completed assignments for magazines and publishers all over the world such as Time/Life, National Geographic and Paris Match; initiated long term projects on the civil wars in Central America, death row, Olympics Games and pregnancy; and published multiple books.

May 9 (Note: This event has been cancelled)

Enjoy a tour with Gary Van Zante, Curator, Architecture and Design for the MIT Museum, and co-curator of The Polaroid Project.