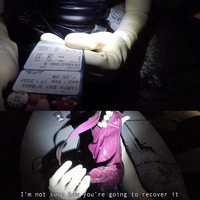 Wiesner Building E15, Outside projected on the side of the building E15 20 Ames Street, Cambridge, MA 02139

If you wander by the Wiesner building E15 at night in the next two weeks, you’ll come across a flickering projection of a few hundred pitchers.

Starting on September 4th, for two weeks, the North-facing facade of the Wiesner Building (E15) will display selected footage and documentation of Proof of Concept, an ongoing series of guerilla performances staged in the various halls, conference rooms, labs, and lobbies belonging to the nebulous phenomenon called design thinking. The projection will be visible at nighttime hours throughout this period, with special programming four nights a week (Thursday-Sunday), weather permitting.

Proof of Concept is conceived and performed by Stratton Coffman (M.Arch ’20) and Isadora Dannin (M.Arch ’21), with support from the Transmedia Storytelling Initiative, the NuVu Research Fund, and Lord Jim.