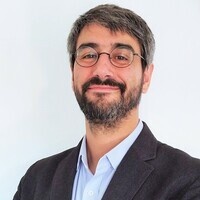 The seminar will introduce recent experiments carried out in DIII-D and ASDEX-Upgrade tokamaks, exploring the possibility of generating boron coatings in “real-time”, by injection of boron and boron enriched powders during tokamak operation. The experiments were enabled by a device developed by Princeton Plasma Physics Laboratory (PPPL), to inject calibrated amounts of a wide range of impurity species in form of powder. In both devices following injection of pure boron or boron nitride powder, wall conditioning effects similar to boronization were observed, such as reduced deuterium recycling or impurities. Also, in both machines, boron dust injection appeared to be instrumental to achieve plasma scenarios with low collisionality scenarios in subsequent plasma operation. The collected dataset suggests that boron dust injection might be used to supplement the standard boronization and extend its beneficial effects by regenerating the coatings during tokamak operation. This could not only facilitate the operation of present day devices, but also open avenues to sustain high-performance in long pulse machines.