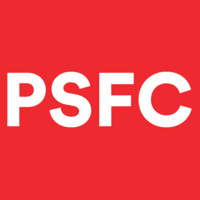 Abstract: The design of future fusion reactors and their operational scenarios requires an accurate prediction of the plasma confinement. We have developed a new model that integrates different elements describing the main physics phenomena which determine plasma confinement. In particular, we are coupling a new pedestal transport model, based on empirical observations, to the ASTRA transport code, which, together with the TGLF turbulent transport model and the NCLASS neoclassical transport model, allows us to describe transport from the magnetic axis to the separatrix. We also coupled a simple scrape-off layer model to ASTRA, which provides the boundary conditions at the separatrix, which are a function of the main engineering parameters. By this way no experimental data of the kinetic profiles is needed, and the only inputs of the model are the magnetic field, the plasma current, the heating power, the fueling rate, the seeding rate, the plasma geometry, and the effective charge. In the modeling work-flow, first a scan in pedestal pressure is performed, by changing the pedestal width. Then the pedestal top pressure is determined using the MISHKA MHD stability code. This modeling framework is tested by simulating ASDEX Upgrade discharges. We show comparisons with experimental scans of the main engineering parameters, such as fueling, heating power, current, magnetic field, and triangularity. The changes of the pedestal structure and the gradients in the plasma core, due to the different combinations of the operational parameters, are well captured by the model. We also show that the predicted pedestal and global stored energies are in good agreement with the experimental measurements, and more accurate with respect to the prediction of the IPB98(y,2) scaling law. The long term goal is to obtain a robust and complete model which can be used to identify important hidden dependencies affecting global plasma confinement, which are difficult to capture by statistical regressions on global parameters.