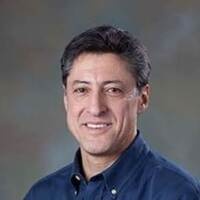 Extreme Nonlinear Optics with Metasurfaces and Epsilon Near Zero Materials

Metasurfaces, which are two-dimensional equivalent of metamaterials, offer a unique and efficient platform to study and control light-matter interactions in the sub-wavelength limit. This control has strong implications for the field of nonlinear optics. Metasurfaces created from natural nonlinear materials, and materials that include resonant optical nonlinearities enable nonlinear optics in a new regime, where many simultaneous nonlinearities lead to harmonics and mixing products of laser beams without the need of phase matching. I will present our latest work on optical mixing and harmonic generation in dielectric metasurfaces made from III-V semiconductors and semiconductor heterostructures, and some other linear and nonlinear metasurface phenomena (if time permits). Similar behavior can be obtained in epsilon near zero materials provided that the mobility of the carriers in the material is high enough; these conditions are met in highly doped CdO where we observe high harmonic generation from the infrared to the ultraviolet.

Dr. Igal Brener is a Senior Scientist at Sandia National Laboratories in Albuquerque, NM. He received his D.Sc. in Physics from the Technion (Haifa) in 1991. From 1983 to 1986 he worked for National Semiconductors in microprocessor VLSI design. He was with Bell Laboratories in NJ from 1991 until 2000, with Tellium Inc. from 2000 until 2002, and with Amersham Biosciences/GE Healthcare from 2003 until 2004. He joined Sandia National Laboratories, Albuquerque, NM, in 2004. He was Thrust leader for nanophotonics at the Center for Integrated Nanotechnologies until 2018 and is also research full professor at the University of New Mexico. He has authored more than 200 refereed publications and has received 28 patents. Dr. Brener is a fellow of the Optical Society of America, the IEEE and the American Physical Society.