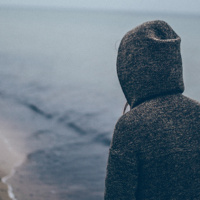 Out And Out: Leaving Mormonism, Now What?

The Secular Society of MIT is proud to present ex-Mormon atheist Oscar Arevalo as the featured speaker for the 6th episode of our Out And Out series. Oscar, who once served two years as a missionary for the LDS Church, preaching and converting people to his former faith, will deliver an intimate account of his struggle to leave Mormonism and religion, and to find meaning and direction after.

Free entry and food.
The event will be photographed and recorded.

Funded by the MIT Association for Students Activities.

Speaker Bio:
Oscar was born in Guatemala to a middle-class Mormon family. He immigrated with his family to the United States at age 15. A year into college, he returned to Guatemala to be a Mormon missionary, and for the next two years, preached in homes and streets, occasionally converting people to Mormonism. After returning to the United States, he received an undergraduate degree in finance from The University of Texas, followed by a masters degree in mathematical finance from Boston University. He currently works in investment management developing technology tools. He met his wife, Vanessa, while living in Texas, and they married in a Mormon temple ceremony. In 2015, prompted by doubts in church doctrine and practices while weighing the ethics of teaching a youth group, they sought answers, leading them to learn facts contradicting church claims. They left the Mormon church soon after. Oscar identifies as atheist, and enjoys being involved in that community helping people through their transition from religion.