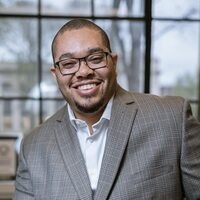 Over the last six years, the Atomistic Simulation and Energy (ASE) Research Group has developed the ability to contain, mechanically pump, valve, and meter liquid metals at extreme temperatures up to 2,000°C, using all ceramic and/or graphite infrastructures. This important technological advance opens the door to new systems concepts that can be leveraged to develop technologies that have the potential to enable deep decarbonization. This talk will review two new system concepts, namely, a low-cost energy storage concept termed thermal energy grid storage using multi-junction photovoltaics (TEGS-MPV), and methane pyrolysis.

Asegun Henry started as an associate professor in the Department of Mechanical Engineering at MIT in 2018, where he directs the Atomistic Simulation and Energy Research Group. Prior to MIT, he was an assistant professor in the Woodruff School of Mechanical Engineering at Georgia Tech from 2012 to 2018. He holds a BS in mechanical engineering from Florida A&M University, as well as a SM and PhD in mechanical engineering from MIT. Henry’s primary research is in heat transfer, with an emphasis on understanding the science of energy transport, storage, and conversion at the atomic level, along with the development of new industrial-scale energy technologies to mitigate climate change. After finishing his PhD, he worked as a postdoc in the materials theory group at Oak Ridge National Laboratory (ORNL) and then as a postdoc in the materials science department at Northwestern University. After Northwestern, he worked as a fellow in the Advanced Research Projects Agency-Energy (ARPA-E), where he focused on identifying new program areas, such as higher efficiency and lower cost energy capture, conversion, and storage.

Henry has made significant advances and contributions to several fields within energy and heat transfer, namely: solar fuels and thermochemistry, phonon transport in disordered materials, and phonon transport at interfaces. He has developed the highest temperature pump on record, which used an all-ceramic mechanical pump to pump liquid metal above 1,400°C. This technological breakthrough, which is now in the Guinness Book of World Records, has opened the door for new high-temperature energy system concepts, such as methane cracking for CO2-free hydrogen production, and a new grid-level energy storage approach, affectionately known as “Sun in a Box,” that is cheaper than pumped hydro. Henry has received a number of awards, including the National Science Foundation Career Award, the Lockheed Inspirational Young Faculty Award, the Georgia Power Professor of Excellence Award, ASME Bergles-Rohsenow Young Investigator Award in Heat Transfer, and the 2018 World Technology Award for Energy. He has also been awarded a number of fellowships including an MIT Lemelson Presidential Fellowship, a Department of Energy Computational Science Graduate Fellowship, a UNCF-Merck Postdoctoral Fellowship, and a Ford Foundation postdoctoral Fellowship.