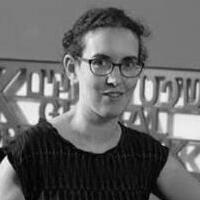 The Israeli Asylum System - from Social Exclusion to Deportation

In the last years, the Israeli asylum system institutionalized, but at the same time became increasingly exclusionary, to the point of preventing the entry of any asylum seekers and promoting the deportation of all the asylum seekers currently in Israel. The talk will describe the gradual processes of institutionalization and exclusion, and discuss the broader implications on refugee protection and responsibility sharing.

Dr. Tally Kritzman-Amir is a Senior Lecturer of immigration and international law at the College of Law and Business, Israel. She received her LLB from Tel Aviv University, Magna Cum Laude (2002). She clerked for Justice Mishael Cheshin in the Israeli Supreme Court, and she is a member of the Israeli bar since 2004. She received her PhD from Tel Aviv University after graduating from the direct PhD program, and wrote her thesis on “Socio-economic refugees” (2008). She was a Fox International Fellow at Yale University (2006-7), a Hauser Research scholar at NYU (2008-9) and Polonsky Fellow at the Van Leer Jerusalem Institute (2010-5). In 2017-8 she is a visiting fellow at the Harvard Law School Human Rights Program and a scholar-in-residence at the Hadassah Brandeis Institute, as well as an instructor at Yale University.