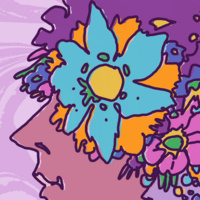 The Merry Wives of Windsor was Shakespeare’s version of situation comedy in the Elizabethan era. Although this production is set in the 1970′s (disco! women’s lib!) it remains a farcical romp that’s about love, greed, jealousy, deception and mistaken identity. It’s a sharp and pointed comedy with a range of vivid characters - particularly the iconic John Falstaff, who is thoroughly tricked-out by the “wives” who, in turn, emerge gloriously triumphant.
This show is funded in part by the De Florez Fund for Humor.

$5 for MIT, Harvard, and Wellesley Students; $9 for Other Students and MIT Affiliates; $12 for General Public