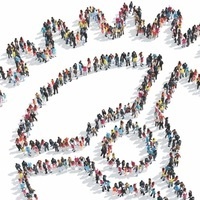 Join us for a conversation with Prof. Sanjay Sarma, Vice President for Open Learning at MIT, and Open Learning's Director of Special Projects Prof. Bill Bonvillian for a discussion of their new book, which outlines a roadmap for rebuilding America's working class by transforming workforce education and training.

The American dream promised that if you worked hard, you could move up, with well-paying working-class jobs providing a gateway to an ever-growing middle class. Today, however, we have increasing inequality, not economic convergence. Technological advances are putting quality jobs out of reach for workers who lack the proper skills and training. In Workforce Education, William Bonvillian and Sanjay Sarma offer a roadmap for rebuilding America's working class. They argue that we need to train more workers more quickly, and they describe innovative methods of workforce education that are being developed across the country.

It's not just that we need a pipeline of skilled workers for future jobs; we need to give workers the skills they need now. Focusing on manufacturing, healthcare, and retail sectors, Bonvillian and Sarma investigate programs that reimagine workforce education, from short intensive courses that offer certification to a new model for apprenticeships. In this talk, Sarma and Bonvillian will examine the roles of community colleges, employers, governments, and universities in workforce education, and describe new education technologies that can deliver training to workers. An audience Q&A will follow their conversation.

Learn more about the book at MIT Press.

Sanjay E. Sarma is the Fred Fort Flowers and Daniel Fort Flowers Professor of Mechanical Engineering at MIT and Vice President for Open Learning at MIT. Author of more than 200 academic papers in computational geometry, sensing, RFID, automation, CAD, learning engineering, the science of learning and education reform, Sarma is the recipient of numerous awards for teaching and research, including the MacVicar Fellowship, Business Week’s eBiz Award, and InformationWeek's Innovators and Influencers Award. He received his bachelor’s degree from the Indian Institute of Technology, his master’s degree from Carnegie Mellon University, and his PhD from the University of California at Berkeley. He serves on the boards and advisory boards of several private, public and non-profit companies including edX. Sarma’s previous book, Grasp: The Science Transforming How We Learn, is a groundbreaking look at the science of learning: how it works both in the mind and in the classroom, which teaching techniques are most effective, and how schools should (and absolutely should not) use instructional technology.

William B. Bonvillian is a Lecturer at MIT, teaching two courses on innovation policy, and is Senior Director at MIT’s Office of Digital Learning, leading a major research project on workforce education. From 2006 until 2017, he was Director of MIT’s Washington Office, supporting MIT’s historic role in science policy. He has written extensively on energy tech policy and coauthored the book Structuring an Energy Technology Revolution from MIT Press. He is coauthor of two other books, Advanced Manufacturing: The New American Innovation Policies (MIT 2018) and Technological Innovation in Legacy Sectors (Oxford 2015). Previously he worked for over 15 years on innovation issues as a senior advisor in the U.S. Senate, and earlier was a Deputy Assistant Secretary of Transportation. He serves on the National Academies’ Innovation Policy Forum standing committee and chairs the Committee on Science, Engineering and Public Policy at the AAAS. He was elected a Fellow of the AAAS in 2011 and was awarded the IEEE’s distinguished public service award in 2007.