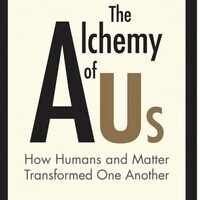 Ainissa Ramirez: The Alchemy of Us

In The Alchemy of Us, scientist and science writer Ainissa Ramirez examines eight inventions—clocks, steel rails, copper communication cables, photographic film, light bulbs, hard disks, scientific labware, and silicon chips—and reveals how they shaped the human experience. Ramirez tells the stories of the woman who sold time, the inventor who inspired Edison, and the hotheaded undertaker whose invention pointed the way to the computer. She describes, among other things, how our pursuit of precision in timepieces changed how we sleep; how the railroad helped commercialize Christmas; how the necessary brevity of the telegram influenced Hemingway's writing style; and how a young chemist exposed the use of Polaroid's cameras to create passbooks to track black citizens in apartheid South Africa. In this talk, Ramirez will discuss how these fascinating and inspiring stories offer new perspectives on our relationships with technologies.

About the Speaker
Ainissa Ramirez, Ph.D. is an award-winning scientist and science communicator, who is passionate about getting the general public excited about science. A graduate of Brown University, she earned her doctorate in materials science and engineering from Stanford. Dr. Ramirez started her career as a scientist at Bell Laboratories in Murray Hill, New Jersey, and later worked as an associate professor of mechanical engineering at Yale. She authored the books The Alchemy of Us and Save Our Science, and co-authored Newton’s Football. She has written for Forbes, Time, The Atlantic, Scientific American, American Scientist, and Science and has explained science headlines on CBS, CNN, NPR, ESPN, and PBS.
Ramirez speaks widely on the topics of science and technology and gave a TED talk on the importance of science education. She has been awarded prizes from the National Science Foundation, the Alfred P. Sloan Foundation, Massachusetts Institute of Technology, and the American Institute of Physics. She speaks internationally on the importance of making science fun and has served as a science advisor to the American Film Institute, WGBH/NOVA, the American Association for the Advancement of Science (AAAS) and several science museums. She also hosts a science podcast called Science Underground.

About the Wulff Lecture
The Wulff Lecture is an introductory, general audience, entertaining lecture that aims to educate, inspire, and encourage MIT undergraduates to take up study of materials science and engineering and related fields. The Lecture honors the late Professor John Wulff, a skilled, provocative, and entertaining teacher who conceived of a new approach to teaching general chemistry and inaugurated the popular first-year subject 3.091 Introduction to Solid State Chemistry.