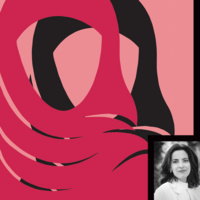 Fall 2019 Biannual McMillan-Stewart Lecture on Women in the Developing World:

Dr. Hala Aldosari is a scholar-activist from Saudi Arabia, now based in the United States. Her PhD research, writings and research explore social determinants of women’s health, violence against women, legal restrictions and reforms of women’s rights and human rights across the Arab Gulf States. She is currently a fellow at MIT Center for International Studies. She serves as an advisory board member for Human Rights Watch for the Middle East and North Africa, the Gulf Center for Human Rights and “Every Woman” global initiative to prevent violence against women and girls. She has previously worked as a scientist, consultant for health administration in Saudi Arabia and a visiting scholar in different think tanks and universities. She is the recipient of several awards for her activism, the 2018 Alison Des Forge award from human rights watch and the 2016 Freedom award from Freedom House. She is also an op-ed writer and her writings were featured in prominent media outlets. In 2019, she became the inaugural fellow for the Washington Post Khashoggi fellowship.