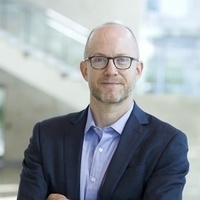 The eleventh webinar in an eleven-part series focused on various aspects of sustainable development in Africa.

Evan Lieberman is the Total Professor of Political Science and Contemporary Africa. He conducts research in the field of comparative politics, with a focus on development and ethnic conflict in sub-Saharan Africa. Lieberman received his Ph.D. from the University of California, Berkeley.

He is the author of "Boundaries of Contagion: How Ethnic Politics have Shaped Government Responses to AIDS" (Princeton University Press 2009) and "Race and Regionalism in the Politics of Taxation in Brazil and South Africa" (Cambridge University Press 2003), and has published articles in the American Political Science Review, Annual Review of Political Science, Comparative Political Studies, Politics & Society, Studies in Comparative International Development, and World Development. Evan Lieberman is recipient of the 2014 David Collier Mid-Career Award, the 2010 Giovanni Sartori Book prize, the 2004 Mattei Dogan book prize, the 2002 Gabriel A. Almond dissertation award; and the 2002 Mary Parker Follett article award. He was a Fulbright fellow in South Africa in 1997-98, and a Robert Wood Johnson health policy scholar at Yale University in 2000-02. Previously, he was Professor and Associate Chair in the Department of Politics at Princeton University (2002-14).