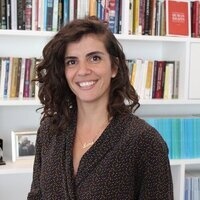 With the largest refugee population per capita in the world, Lebanon now hosts at least 1.1 million refugees alongside a local population of approximately four million. Up until late 2014, the Lebanese government maintained what has been called a policy of “no policy”: maintaining de facto open borders, little regulation of Syrians within its territory and refusing to build any formal camps to house the population. In light of this apparent state absence, municipalities emerged as the "frontline" actors in the governance of Syrians on Lebanese territory. Most prominently, municipalities across the country adopted restrictive curfews targeting Syrians.

This talk will explore her paper which seeks to explain why certain municipalities adopted curfews, while others did not?  Drawing on evidence from an original dataset of spatial, demographic, electoral, and budgetary data on over 1000 Lebanese municipalities and 120 interviews and ethnographic evidence from a year of fieldwork, she finds that the variation in the implementation of municipal curfews targeting Syrians is explained not by factors related to the presence of Syrians themselves, such as demographic pressure and inter-ethnic dynamics, but rather by local electoral competition and the the spill-over effect of this competition on neighbouring areas. Contrary to much of the expectations in the literature on host-refugee dynamics and ethnic politics, she argues that local responses are driven primarily by local leaders’ need to project a sense of order to residents. In areas where neighbouring towns and villages have recourse to discriminatory curfews, mayors and municipal leaders faced greater pressure to act, and curfews present a relatively low cost policy mechanism through which to alleviate fears and project authority.