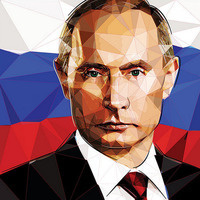 Please Note:  This event will no longer be an in-person public event.  It will be a live WEBCAST instead.  Please view the webcast at http://web.mit.edu/webcast/starr-forum/s20/1/

You will be able to ask questions during the event's Q&A session from the webcast page.

Yevgenia M Albats is a Russian investigative journalist, political scientist, author and radio host. Since 2007 she has been the political editor and then editor-in-chief and CEO of The New Times, a Moscow-based, Russian language independent political weekly. It went digital-only in June 2017, when its distribution and sales were severed by the Russian authorities. Since 2004, Albats has hosted Absolute Albats, a talk-show on Echo Moskvy, the only remaining liberal radio station in Russia. She graduated from Moscow State University in 1980, and received her PhD in political science from Harvard University in 2004. She was a professor at a Moscow-based University until 2011 when her courses were cancelled at the request of top Kremlin officials. She has been named the inaugural International Institute Distinguished Faculty Fellow for 2019-2020 in partnership with the Center for Russian, East European, and Eurasian Studies (CREES), an affiliate of the Weiser Center for Europe and Eurasia at the University of Michigan in Ann Arbor.

Elizabeth Wood is professor of history at MIT and faculty director of the MIT Russia Program She is the  author of three books, Roots of Russia’s War in Ukraine;  Performing Justice: Agitation Trials in Early Soviet Russia; and The Baba and the Comrade: Gender and Politics in Revolutionary Russia. She has also written numerous scholarly articles on gender and performance as well as blogs and other publications about Russian history and current events.

Carol Saivetz is a senior advisor in the MIT Security Studies Program. She is also a research associate at Harvard’s Davis Center for Russian and Eurasian Studies and the Harvard Ukrainian Research Institute. She is currently teaching Russian foreign policy in the political science department at MIT. Dr. Saivetz is the author and contributing co-editor of five books and numerous articles on Soviet and now Russian foreign policy issues, including current US-Russian relations.

Webcast is free & open to the public
For more information or accessibility accommodations please contact starrforum@mit.edu.