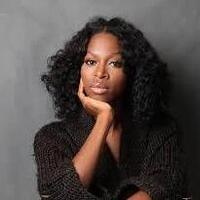 The second webinar in an eleven-part series focused on various aspects of sustainable development in Africa.

Taiye Selasi, a writer and photographer of Nigerian and Ghanaian descent, born in London and raised in Boston, now living in Rome and Berlin, who has studied Latin and music, Taiye Selasi is herself a study in the modern meaning of identity. In 2005 she published the much-discussed (and controversial) essay "Bye-Bye, Babar (Or: What Is an Afropolitan?)," offering an alternative vision of African identity for a transnational generation. Prompted by writer Toni Morrison, the following year she published the short story "The Sex Lives of African Girls" in the literary magazine Granta.

Her first novel Ghana Must Go, published in 2013, is a tale of family drama and reconciliation, following six characters and spanning generations, continents, genders and classes.