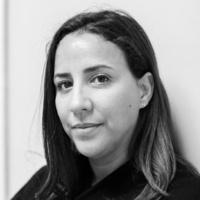 The eighth webinar in an eleven-part series focused on various aspects of sustainable development in Africa.

The market for contemporary art from Africa and the African diaspora

Touria El Glaoui is the founding director of the 1-54 Contemporary African Art Fair, which takes place in London and New York every year and, in 2018, launches in Marrakech. The fair highlights work from artists and galleries across Africa and the diaspora, bringing visibility in global art markets to vital upcoming visions.

Born and raised in Morocco, Touria El Glaoui completed her education in New York before beginning a career in the banking industry as a wealth management consultant. After 10 years in the field, she relocated to London, where she initiated 1-54 Contemporary African Art Fair in 2013. She has since launched the fair in New York in 2015, and in Marrakech in 2018. 1-54 is now a world-leading platform dedicated to contemporary art from Africa and its diaspora.

Parallel to her career, Touria has organised and co-curated exhibitions of her father’s work, Moroccan artist Hassan El Glaoui, in London and Morocco. She has spoken widely and chaired numerous discussions on contemporary African art and women in leadership at leading institutions and events globally. Touria is also on the advisory board of Christie’s Education in London.