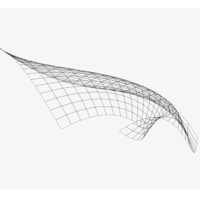 In discourses about design, computation often operates ambivalently both as a reference to concrete technologies, and as an epistemic template for generative, descriptive, or analytical aspirations. Tracing early disclosures of this productive ambivalence, this talk will reflect on two artifacts from the history of Computer-Aided Design. The first is the “Plex,” a theoretical construct developed by mathematician Douglas Ross in the mid 1950s, which helped steer early CAD research and foreshadowed object orientation. The second is the “Coons patch,” an early mathematical technique for the calculation and display of curved surfaces on a computer, developed by Steve A. Coons, which first demonstrated the geometric plasticity of computer graphics, and was crucial to attract a generation of researchers on both sides of the Atlantic —prominently at Cambridge, UK, and at MIT— to problems of simulation, computational geometry, and design.

The talk will explore these artifacts’ realization through a plurality of discursive and material practices involving diagrams, numerically-produced objects, writing, and (crucially) software, and explicate their role in the definition of a new type of image no longer understood as a pictorial representation of a design but rather as an operative artifact performing it. Ultimately, the talk will show how these artifacts both inscribe and elicit a technological imagination of design and representation distinctly shaping architectural and design sensibilities today.

Daniel Cardoso Llach is Assistant Professor in the School of Architecture at Carnegie Mellon University. His recent work includes the book Builders of the Vision: Software and the Imagination of Design (Routledge, 2015), which offers an intellectual history of CAD by identifying and documenting the theories of design emerging at postwar MIT technology projects, and traces critically their architectural repercussions. His writing has been published in journals including Design Issues, Architecture Research Quarterly (ARQ), and Thresholds, among others, and in several edited collections. He is a Graham Foundation grantee and the curator of a current exhibition on the history and contemporary practice of computational design at the Miller Gallery at Carnegie Mellon. Daniel holds a Bachelor of Architecture from Universidad de los Andes, Bogotá, and a PhD and an MS (with honors) in Design and Computation from MIT. He has also been a research fellow at Leuphana (MECS), Germany and a visiting scholar at the University of Cambridge, UK.