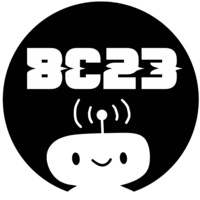 Battlecode is an IAP class and competition! You'll code an autonomous player to compete against others in a unique, real-time strategy game.

Your player will need to strategically manage a robot army and control how your robots work together to defeat the enemy team. As a contestant, you will learn to use artificial intelligence, pathfinding, distributed algorithms, and communications to make your player as competitive as possible.

Teams are given the Battlecode software and a specification of the game rules in early January. Throughout the month, you will refine your player, and compete in scrimmages and tournaments against other teams. During these tournaments, the autonomous players are pitted against each other in a dramatic head-to-head fashion. At the end of the month, the Final Tournament is played out in front of a live audience at MIT, with the top teams receiving cash prizes. The total prize pool is over $20,000.

Register for 6.9610 during IAP to get 6 units of credit for participating in Battlecode.