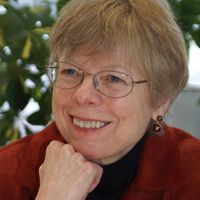 2022 Hans-Lukas Teuber Lecture: Colloquium on the Brain and Cognition with Dedre Gentner

Title: "Bootstrapping the Mind: Structure-mapping and Language in Learning and Development"

Theories of development have often focused on the nature of infants’ starting knowledge.  I will take a different perspective, focusing on the learning process--specifically, on our human ability to carry out structure-mapping comparisons within and across domains.  It is this ability that allows humans to map complex knowledge from one situation to another and to form the relational abstractions that underpin science and mathematics.  But although powerful,  structure-mapping cannot by itself account for our formidable abilities, nor for children’s rapid cognitive growth. Language invites and preserves the insights garnered by structure-mapping.

Dedre Gentner is the Alice Gabrielle Twight Professor of Psychology and Learning Sciences at Northwestern University. She received her doctorate from UCSD and held positions at Bolt Beranek & Newman and at the University of Illinois at Urbana prior to joining Northwestern University. She is the recipient of many awards, including the Rumelhart Prize for significant contributions to the theoretical foundations of human cognition and the APA Distinguished Scientific Contribution Award. Gentner’s work has three major themes: (1) relational knowledge is central to higher-order cognition; (2) powerful analogical learning processes, not maturation or innate belief structures, create relational knowledge; and (3) language interacts with cognitive processes to provide humans with conceptual tools for learning and reasoning. Her structure-mapping theory of analogy and similarity has had major influence. It is instantiated in SME (the Structure-mapping Engine) --a computational model of structure-mapping. The structure-mapping framework applies broadly in human perceptual and conceptual processing. It has given rise to specific learning principles—e.g., that comparison promotes relational abstraction and that novice learners benefit from a progressive alignment sequence in which close comparisons precede distant examples. These ideas have been widely applied in work on learning and education—for example, in science learning in adults and children, in adult learning of negotiation strategies, and in children’s learning of word meanings. In developmental research, her central claim that learning is a major driver of cognitive development has led to findings that young children and even infants can acquire relational abstractions via structure-mapping processes, including their own spontaneous comparisons. She has also provided evidence for the claim that there is a mutual bootstrapping relation between language and analogical processing: children learn the meanings of relational terms via analogical comparison, and once acquired, relational concepts support further analogical insight. In research on metaphor, she has shown that many metaphors are processed as analogical comparisons, and, through her ‘career of metaphor’ theory, that novel metaphors are processed as comparisons, but that, as they become conventional, they are processed as categorizations. A particular focus is the role of spatial metaphors in structuring more abstract domains. Her work on the online processing of space-time metaphors has inspired many further studies.

About the Hans-Lukas Teuber Lecture:

The Hans-Lukas Teuber Memorial Lecture is made possible by the Robert K. Yin Fund, established in 1998 by Robert K. Yin (BCS Ph.D. 1970), founder and president of Cosmos Corporation. Dr. Yin wished to commemorate the department's founder and first chairman, whose vision continues to inspire and inform the department's work. Dr. Teuber was also a consensus builder and a great teacher—attributes that are celebrated in this lecture series. Speakers include distinguished members from the neuroscience and cognitive science community, who are selected by a small group of graduate students in conjunction with a faculty member.