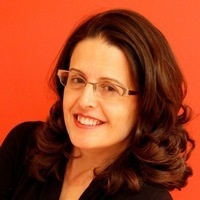 In December 2016, Secretary of State John Kerry warned that the status quo in Israel-Palestine would “lead to a one state reality and perpetual occupation,” and puts “the future of the two-states solution in jeopardy,” as it threatens the contiguity of a Palestinian State. This talk addresses some of Kerry’s worries by re-examining the political and ideological developments of the past fifty years and the extent to which they ever could have produced a viable two-states solution to the Israeli-Palestinian conflict. The lecture will shed new lights on notion of statehood and conflict resolution in the region and reflect on the extent to which the notion of partition and the claim to a State are the only vehicles for any national group, be it Israelis or Palestinians, to obtain rights, or whether the quest for self-determination can be protected otherwise.

Leila Farsakh is an Associate Professor at University of Massachusetts Boston. She has worked with a number of international organizations, including the Organization for Economic Cooperation and Development (OECD) in Paris (1993-1996) and the Palestine Economic Policy Research Institute in Ramallah (1998-1999). Between 2003 and 2004, she completed a post-doctoral research fellowship at the Center for Middle Eastern Studies at Harvard University.  She has published on questions related to Palestinian labor flows, the Oslo Process, international migration and regional integration in a wide range of journals. Her book, Palestinian Labor Migration to Israel: Labour, Land and Occupation, was published by Routledge Press in fall 2005. In 2001 she won the Peace and Justice Award from the Cambridge (MA) Peace Commission.