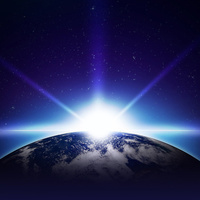 New GPU-based computers and new algorithms enable researchers to perform numerical simulations of particulate flows in which the particles are resolved and the hydrodynamic forces on them are obtained from first principles rather than from correlations. One such method will be briefly outlined and then several applications described: kinematic waves in a fluidized-bed-like system, the shear flow of a particle-fluid mixture, Rayleigh-Benard convection with particles and others. Some of the outstanding problems in this general area motivating the work will be described.

Andrea Prosperetti is a Distinguished Professor of Mechanical Engineering at the University of Houston, which he joined after 30+ years as CA Miller Professor of Mechanical Engineering at the Johns Hopkins University, where he still holds the title of Homewood Professor. He is also continuing his 20-year old part-time appointment as Berkhoff Professor of Applied Physics at the University of Twente in the Netherlands. Prosperetti's work is in the general area of multiphase flow: bubble dynamics and bubbly flows, particulate flows and applied mathematics. He is author or co-author of about 250 refereed journal papers and two books. He recently stepped down as editor in chief of the International Journal of Multiphase Flow which he led for a decade. He is a member of the US National Academy of Engineering and of the Dutch Royal Academy of Arts and Sciences.